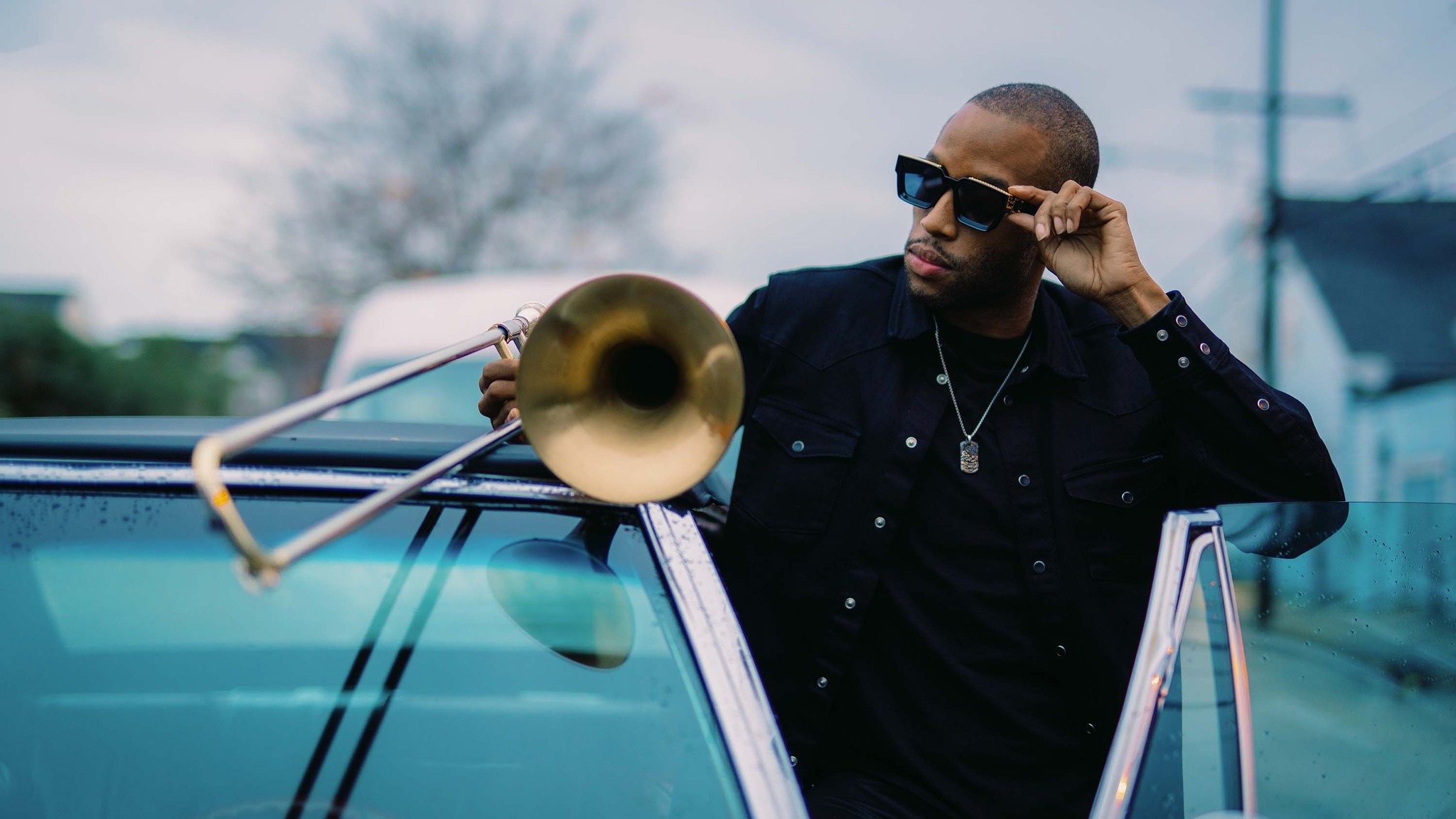 —–Biography—–
It was after midnight when Trombone Shorty stepped offstage at the House of Blues in New Orleans, but he wasn’t done playing yet. Not by a long shot.

“I had an idea for a new song right after the show,” says Shorty, “so the band and I decided to go straight into the studio and record it that night. We were still sweaty and buzzing from the energy of the gig, and we definitely carried that vibe into the session with us.”

Take a listen to Lifted, Trombone Shorty’s second release for Blue Note Records, and you’ll hear that same ecstatic energy coursing through the entire collection. Recorded at Shorty’s own Buckjump Studio with producer Chris Seefried (Fitz and the Tantrums, Andra Day), the album finds the GRAMMY-nominated NOLA icon and his bandmates tapping into the raw power and exhilarating grooves of their legendary live show, channeling it all into a series of tight, explosive performances that blur the lines between funk, soul, R&B, and psychedelic rock. The writing is bold and self-assured, standing up to hard times and loss with grit and determination, and the playing is muscular to match, mixing pop gleam with hip-hop swagger and second line abandon. Wild as all that may sound, Lifted is still the work of a master craftsman, and the album’s nimble arrangements and judicious use of special guests—from Gary Clark Jr. and Lauren Daigle to the rhythm section from Shorty’s high school marching band—ultimately yields a collection that’s as refined as it is rapturous, one that balances technical virtuosity and emotional release in equal measure as it celebrates music’s primal power to bring us all together.