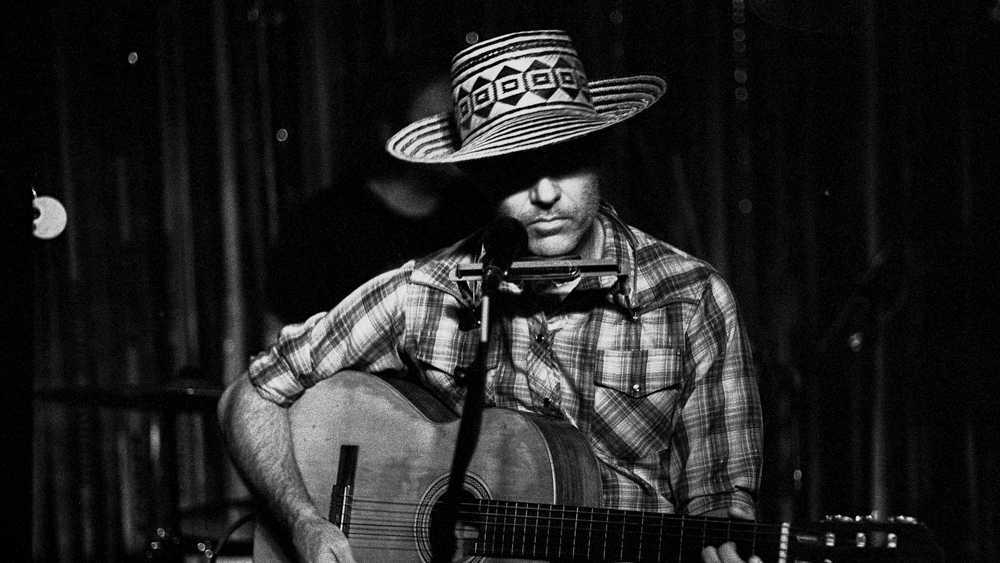 —–Biography—–
Simon Joyner is a singer-songwriter from Omaha, Nebraska who has been heralded by artists such as Gillian Welch, Kevin Morby, and Conor Oberst, as well as the late British DJ John Peel. In a career now spanning thirty years he’s achieved a legendary status as a songwriter’s songwriter while managing to fly under the radar, quietly releasing albums ripe with songs showcasing his poetic narratives which are routinely compared to Leonard Cohen, Townes Van Zandt, and Bob Dylan. His new album, “Songs from a Stolen Guitar” is a haunted masterpiece, a stark meditation on memory, loss, and isolation which ultimately concludes that struggle and suffering are inextricable components of joy.

Samuel Locke Ward is a veteran avant-pop home taper and comic zine maker. He has released over 60+ records both as a solo recording artist as well as recordings with bands and collaborators such as Miracles Of God, Jad Fair, BBJR, Boundless Relaxation and SLW cc Watt.