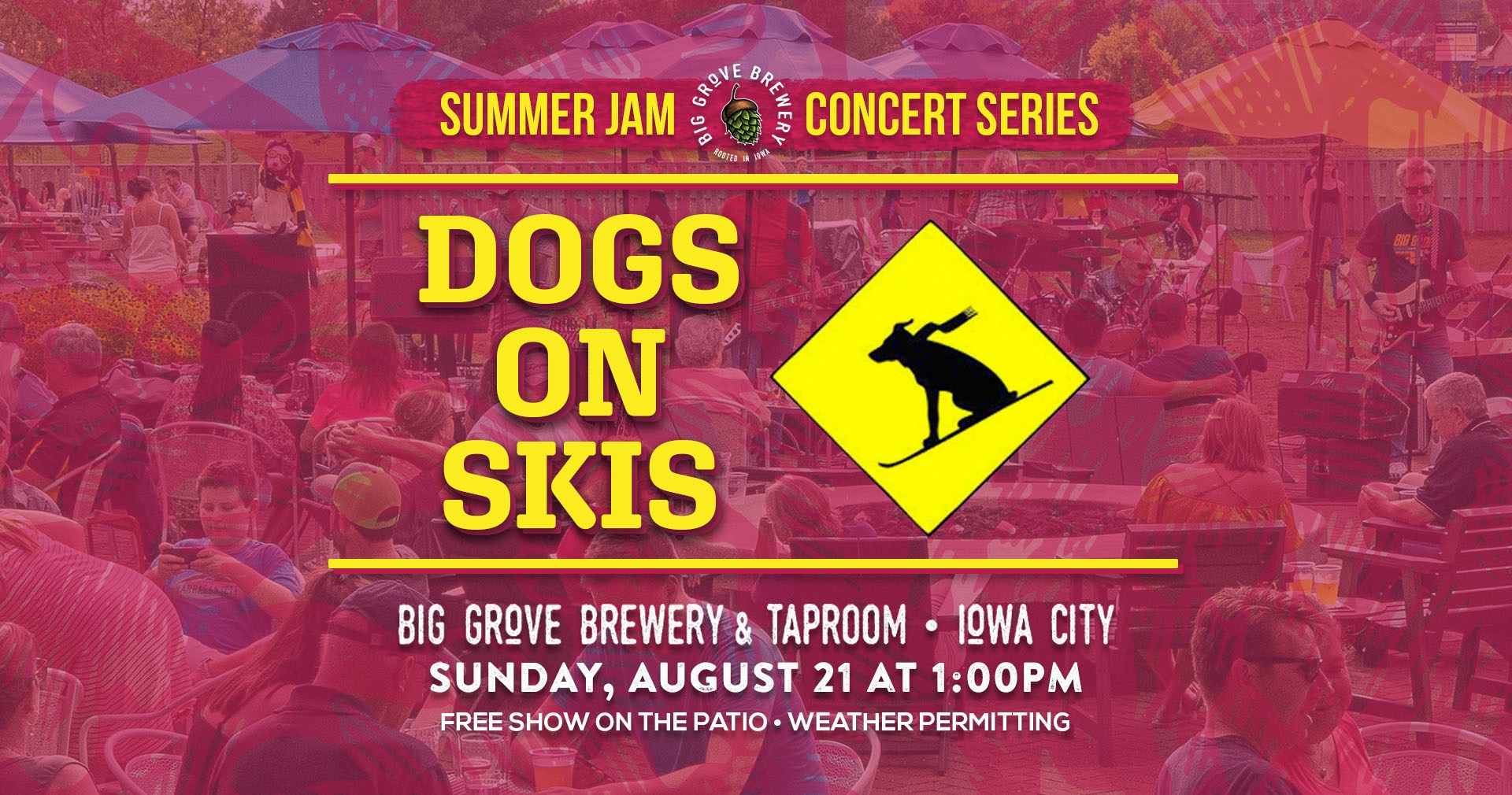 Let’s have another round! Big Grove’s Summer Jam Concert Series is back for another show with Iowa Rock and Roll Music Association Hall of Famers, Dogs on Skis, for a free concert on the patio of Big Grove Brewery & Taproom in Iowa City on Sunday, August 21 from 1-3pm.