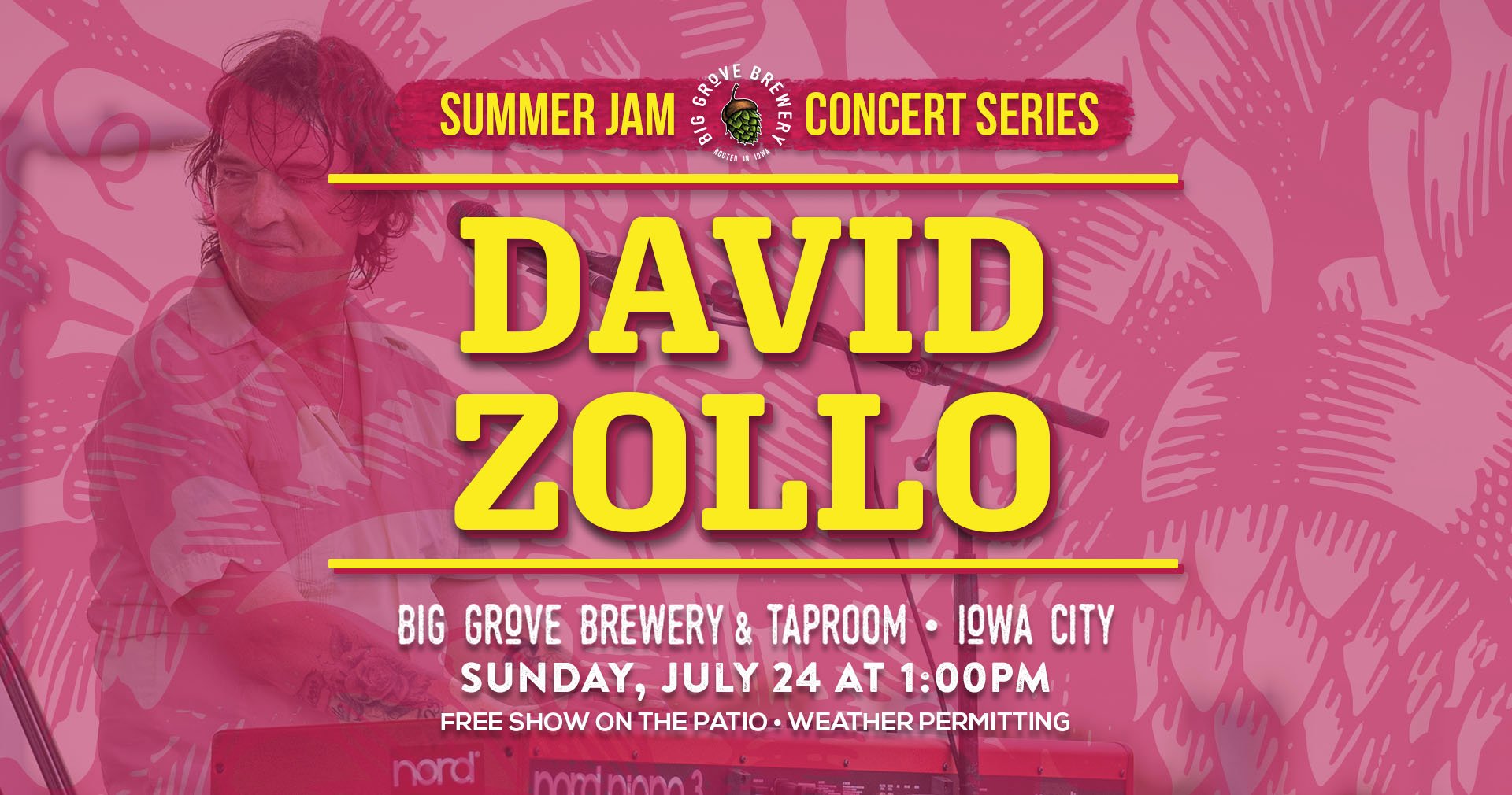 Big Grove’s Summer Jam Concert Series is back for a great show with David Zollo for a free concert on the patio of Big Grove Brewery & Taproom in Iowa City on Sunday, July 24 from 1-3pm.

Since bursting onto the midwestern music scene with the band High and Lonesome in 1992, David Zollo has had a busy career. Along with constant touring, in the U.S and Europe, with
High and Lonesome (1992-1998;) and his current band, The Body Electric (1998-present) Zollo has recorded 7 records of his own material, including the most recent, 2015’s “For Hire.”
In addition, he founded and operated the seminal, Iowa-based, roots music label, Trailer Records (Bo Ramsey; Joe and Vicki Price; Greg Brown; The Pines; Brother Trucker; Kelly Parkeooper; Pieta Brown, as well as his own work, and that of others, from 1994-2005;) played keyboards and sang harmonies on many records by Nashville folk singer Todd Snider; fellow Iowan William Elliot Whitmore, and Greg Brown, amongst many other artists; and worked as a
producer (The Pines; Brother Trucker; Kelly Pardekooper.) Last year, he also formed a new band with Whitmore, guitarists Stephen Howard and Steve Doyle, and Body Electric, drummer
Brian Cooper, called Middle Western. Their debut release, When Your Demons Are Under Ground And You’ve Got To Dig Them Up. was recorded at Lone Tree, Iowa’s Flat Black Studios, and was released in 2018.

Despite the many things Zollo has done during his career, it is as a live performer that many feel he’s at his best. See you Sunday, July 24 on the patio at Big Grove Brewery in Iowa City!