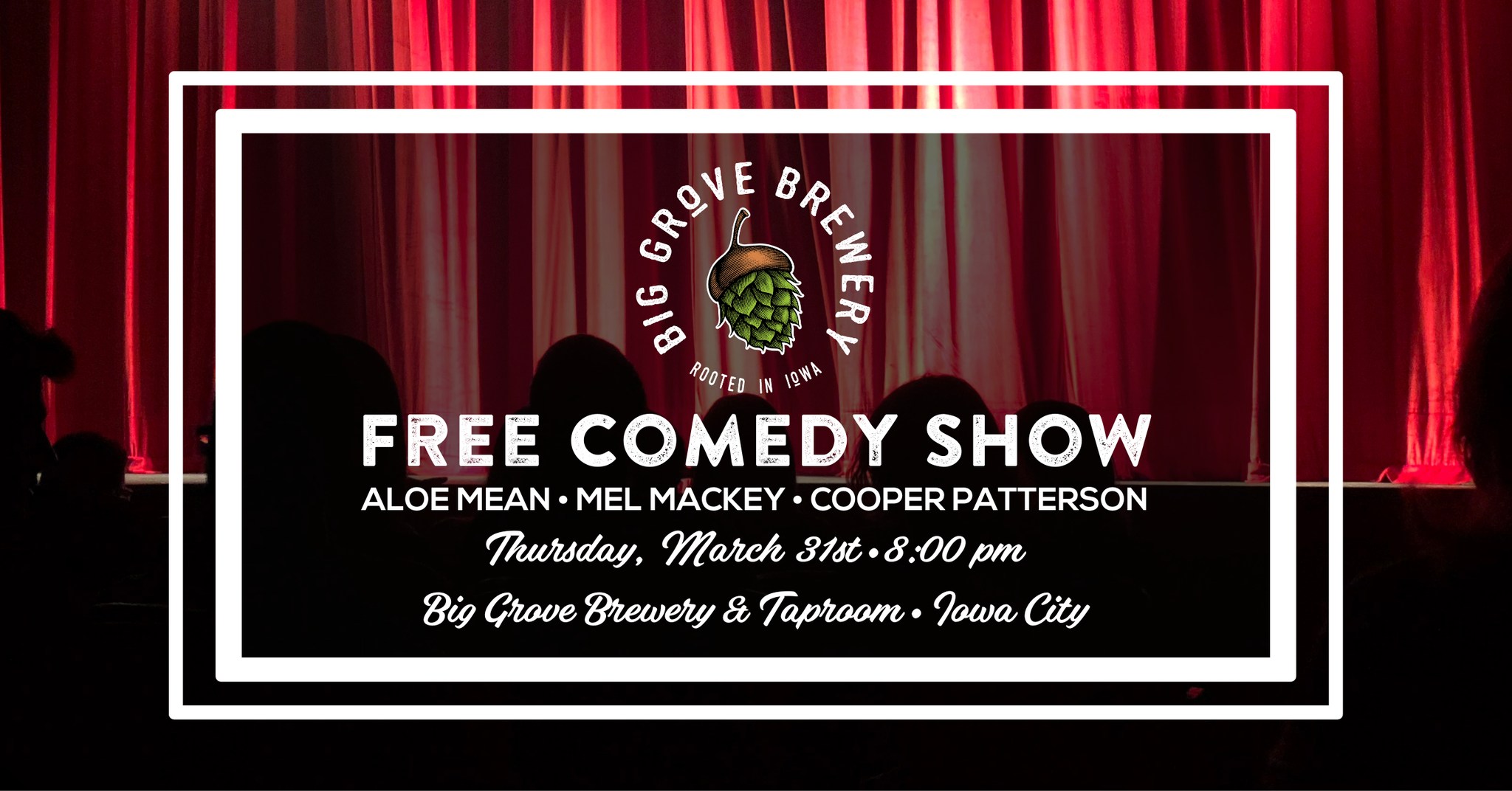 Free Comedy Show! Come to Big Grove in our game room and enjoy Three Headlining Comedians all in one night.

We have Mel Mackey, a comedian, improviser, and event planner based in Des Moines, IA. She hosts the weekly Open Mic at Teehee’s Comedy Club and won’t shut up about Bridgerton.

Next we have Aloe Mean, an Iowa based comedian who got his fast rising start in comedy by earning a rare Golden Ticket, which is an open invitation to perform on the number one live podcast in the world “Kill Tony.” Aloe earned the Golden Ticket on just his 7th time performing. Comedian Joe Rogan once said about Aloe Mean quote “that guy was funny.”

Hosted by our very own Cooper Patterson. Not only can this guy make you laugh, but he can make you a salad.