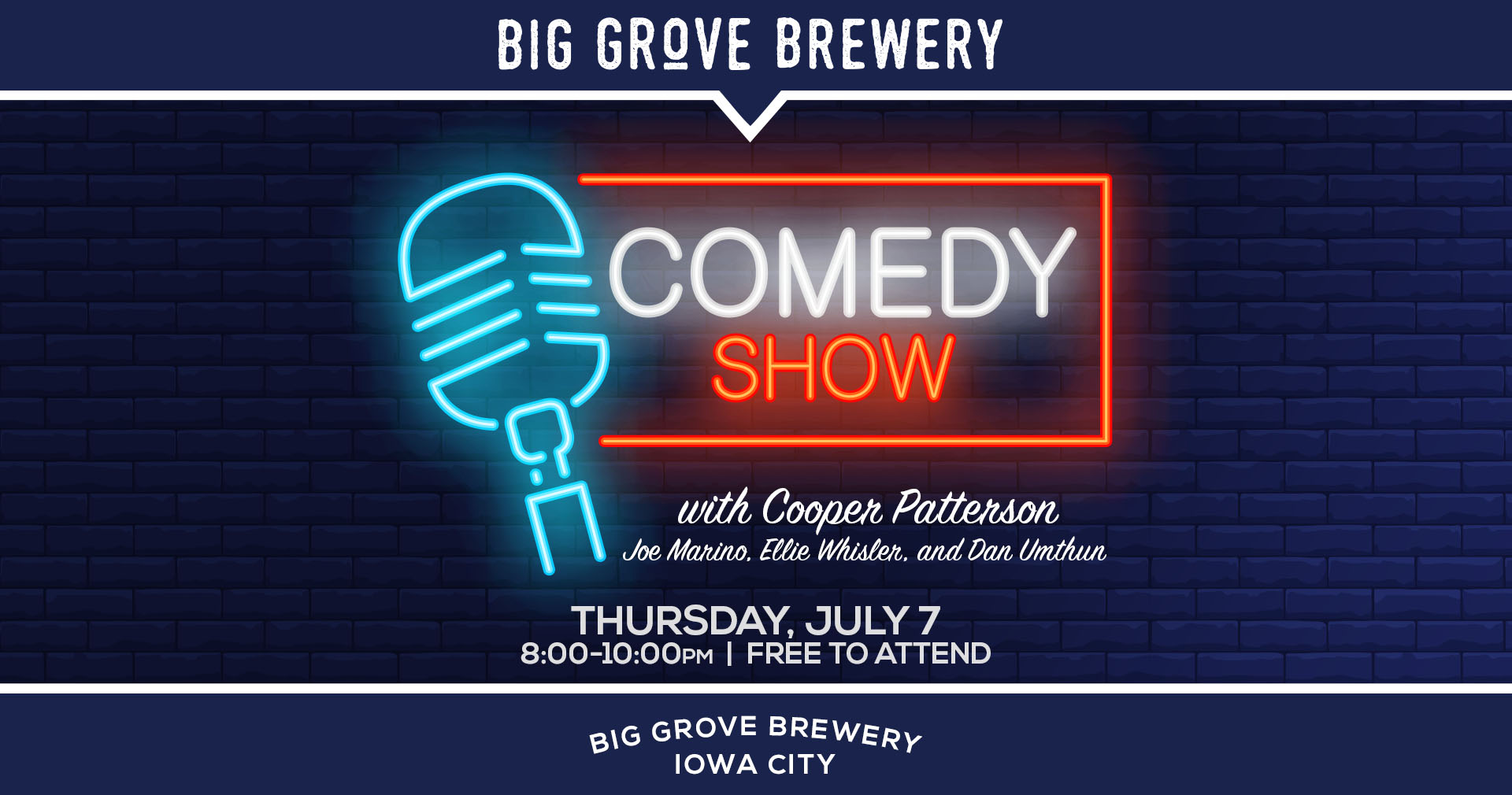 It’s Free Comedy Night at Big Grove Brewery in Iowa City on Thursday, July 7! Laugh with us from 8-10pm for this free show.

Joe Marino started doing stand up around Iowa City and Cedar Rapids. He is originally from Park Ridge, IL, and has enjoyed the opportunity to visit home and hit open mics in and around Chicago as often as he can. A student at the University of Iowa and a giggly, silly man.

Ellie Whisler is a Des Moines area comic who has taken the scene by storm. She’s a regular at the Teehee’s Comedy Club Premiere Mic and hopes to share her gift to Iowa City.

Our headliner Dan Umthun is a compilation of 8436 burritos over 30+ years made flesh. Dan’s jokes are painstakingly handcrafted in small batches with smoked peat and aged in sherry oak casks for 12 years. He executive produced Beast Village Comedy Festival and produces Underground Comedy in Des Moines Iowa.

Hosted by Cooper Patterson, a comedian with hearing loss that enjoys hearing the audience laugh.