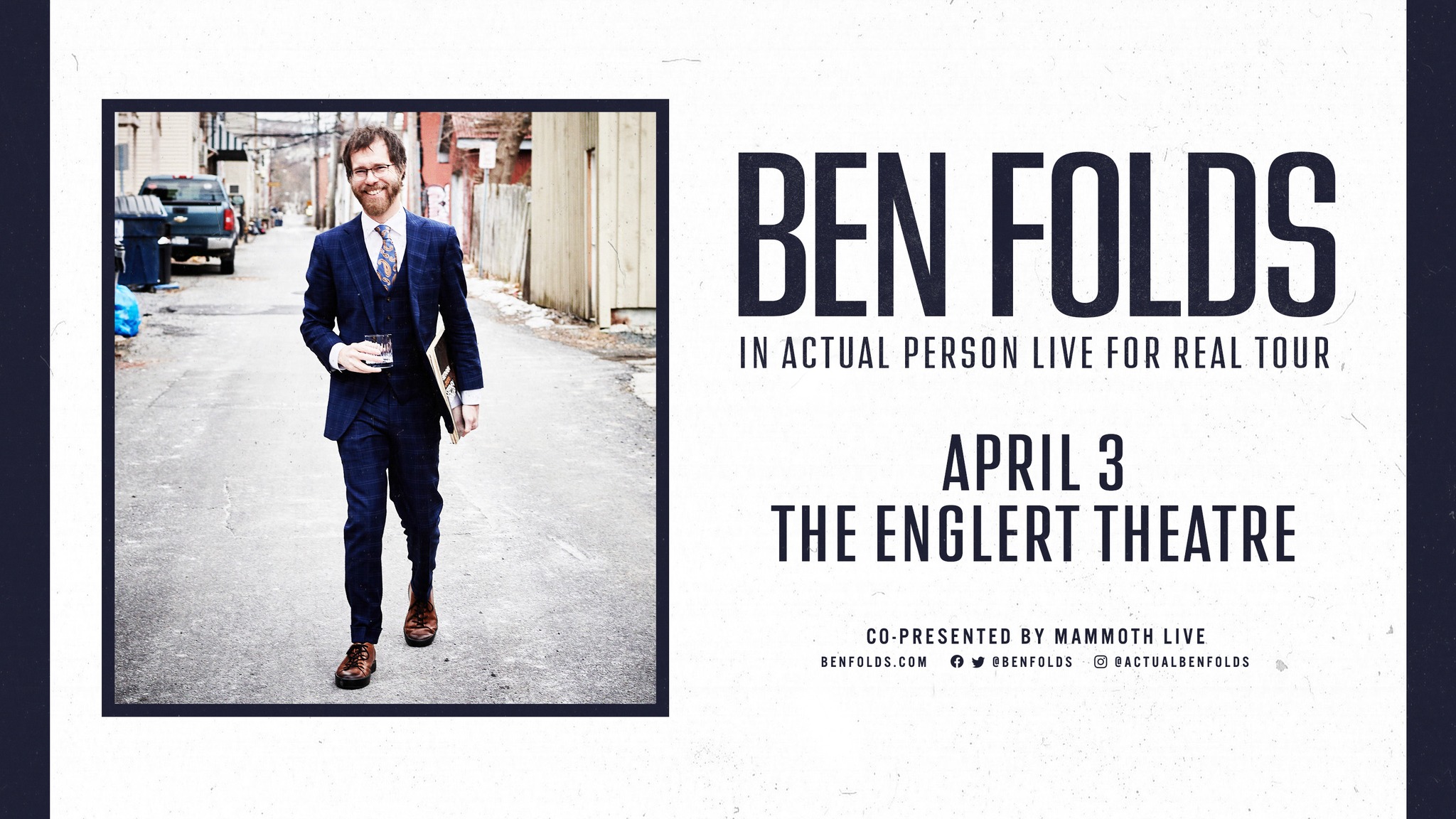 Ben Folds is widely regarded as one of the major music influencers of our generation.

He’s created an enormous body of genre-bending music that includes pop albums with Ben Folds Five, multiple solo albums, and numerous collaborative records. His last album was a blend of pop songs and his Concerto for Piano and Orchestra that soared to #1 on both the Billboard classical and classical crossover charts.

For over a decade he’s performed with some of the world’s greatest symphony orchestras, and currently serves as the first ever Artistic Advisor to the National Symphony Orchestra at the Kennedy Center.

In addition to solo rock and orchestral touring, Folds released his first book – a collection of interrelated essays, anecdotes and lessons about art, life and music – in 2019, which debuted as a New York Times Best Seller, and is currently hosting a podcast series spinoff of his book entitled “Lightning Bugs: Conversations with Ben Folds.”

Folds, who was on tour in Australia when the pandemic hit in early 2020, has been doing some live shows in Australia, as well as live and taped virtual streams, and is preparing to work on a TV series and possibly do some solo piano and orchestral tour dates upon his scheduled return to the US later this year.

An avid photographer, Folds is also a member of the prestigious Sony Artisans of Imagery, has worked as an assignment photo editor for National Geographic, and was featured in a mini-documentary by the Kennedy Center’s Digital Project on his photographic work.

An outspoken champion for arts education and music therapy funding in our nation’s public schools, has served for over five years as an active member of the distinguished Artist Committee of Americans For The Arts (AFTA), and serves on the Board of AFTA’s Arts Action Fund. He also served as Chairman of the Arts Action Fund’s ArtsVote2020 national initiative that encouraged voter engagement in the 2020 US elections, and continually advocates for improving public policies for the arts and arts education.