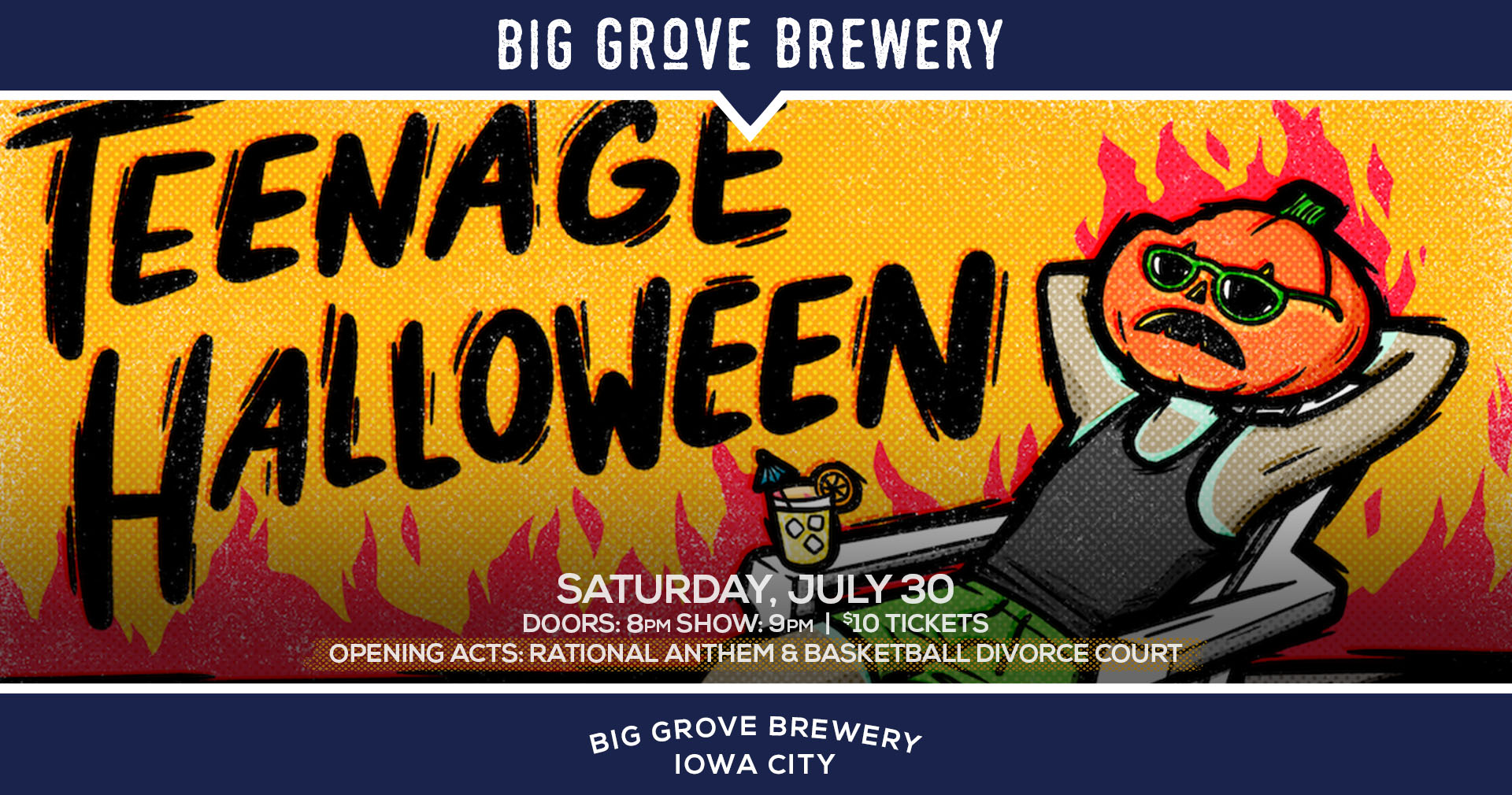 Saturday, July 30, Big Grove Brewery in Iowa City is excited to host a trio of kickass punk bands. Tickets are available online and at the door for $10. This is an indoor show, with doors opening to the private concert space at 8:00pm.

Teenage Halloween:
Often pinned as a band that “has a lot going on,” Teenage Halloween has crafted a sound rooted in abundance. Luke Henderik’s rare and universal lyrics, and the precise ear of engineer Evan Bernard, this newest collection of songs is full of surprises that humbly aims to redefine the modern DIY punk scene.

Predominantly a queer identifying band, the songs reflect this experience holistically with lyrics that grapple with vulnerability, community, extreme existentialism, mental illness, and gender euphoria. Accompanied by the band’s explosive energy, each song functions as a politically charged anthem. The group maintains constant energy, and that energy also celebrates the bravery of being a queer band. Further, their songs speak in narratives, making sure people are held accountable for their actions and in the same vein, given the opportunity to communicate that self-reflection.