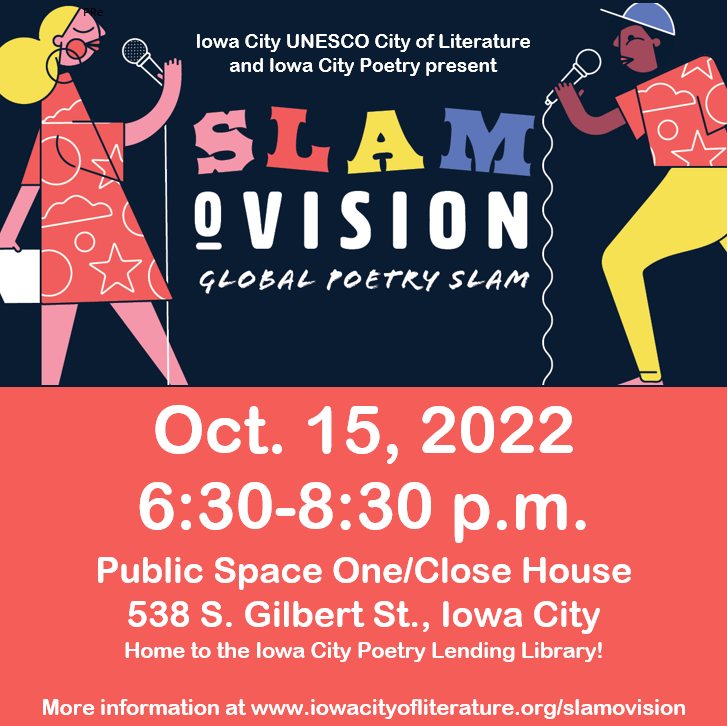 Slam poets from around Iowa are invited to participate in a special international slam event in Iowa City on Oct. 15.

Iowa City’s slam poetry event will be held at 6:30 p.m. on Saturday, Oct. 15, at the Public Space One location at the Close House, 538 S. Gilbert St. Poets from across Iowa may participate. Sign-up begins at 6:30 p.m., the slam begins at 7 p.m. Each poet has three-and-a-half minutes to perform. At the completion of three rounds, the winning poet will be chosen to represent Iowa City in the international competition.

Oct. 15 is also the grand opening for the Iowa City Poetry Lending Library, which is located in the Close House